What You Put in Your Body Affects Your Health Greatly 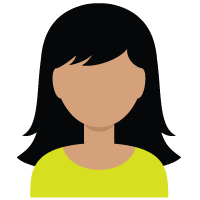 I have always been one of those people who could eat whatever they wanted and never gain weight, and due to that fact, I never used to put much thought into what I ate. When I started experiencing health problems, my doctor ordered some tests and found that I was experiencing anemia due to an iron-deficient diet. I am grateful I had this "wake up call" before I continued to eat a bad diet for the rest of my life, because I soon also realized my diet was lacking vitamins and minerals. I changed my eating habits and began to feel much better. I began juicing to take advantage of all of the vitamins and minerals in healthy, fresh juice. I have learned a lot about health during my commitment to leading a healthier lifestyle, so I decided to start a blog to share my health advice with the world!

If you are trying to address your allergy needs, y …

Chiropractic care looks at the overall health of t …

Gallstones Or Infection? Find Out The Difference Now
20 August 2019

The gallbladder is a small organ next to the liver …

Regardless of the type of arthritis you have, phys …

The need to wear glasses or contact lenses in orde …

Typically, when a head injury from trauma is suspected, a CT scan or MRI of the head and neck is ordered. Sometimes, an incidental finding can be revealed and you'll discover you had a condition that you were not previously aware of and, likely, had no symptoms of. It's important to understand that several conditions that are found incidentally may actually progressively worsen over time following trauma to the head.

One of the most common medical conditions that are found incidentally is the Chiari malformation. If you've had head and neck imaging and have been told of an incidental finding of Chiari 1 malformation, you likely have several questions about this condition. Here's what you need to know.

Without enough room for the cerebellum in the skull, the cerebellar tonsils (lowest part of the cerebellum) end up protruding downward towards and sometimes into the opening for the spinal cord, which is called the foramen magnum. This may block the flow of spinal fluid and/or put pressure on the brain stem.

If symptomatic, Chiari 1 malformation typically produces a painful pressure headache that starts at the back of the head and may radiate forward. These headaches typically worsen when you cough or sneeze or when you bend over. However, headaches are by far not the only symptom to watch for. Because of the involvement of the cerebellum, brain stem, spinal fluid, and spinal cord, nearly all bodily systems can be impacted with symptoms such as muscle weakness and numbness, dizziness, swallowing difficulties, tinnitus, vision problems, loss of control of bowel and bladder, chronic pain, and many other symptoms.